What determines a DUI?

There are three levels of DUI: 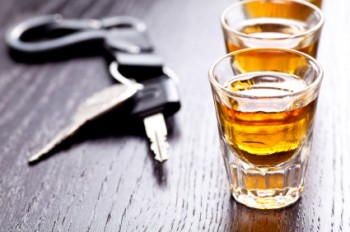 What are field sobriety tests (FST)?

Field sobriety tests are comprised of a series of roadside exercises used by the arresting police officer during a DUI car stop. These tests are used to establish reasonable grounds for suspicion of driving under the influence. If the officer suspects that you are intoxicated, he can request that you undergo a field sobriety test.

There are only three field sobriety tests that are recognized by the National Highway Transportation Safety Administration (NHTSA) as possibly showing that a motorist is impaired:

• The One Leg Stand: Standing on one leg about six inches off the ground for 30 seconds.
• The Horizontal Gaze Nystagmus (HGN): Requires you to continue looking at the officer’s finger or an object she is holding while moving her finger or the object.  If your eyes cannot follow the finger or object without hesitation or jumpy movement, then you may be deemed intoxicated.  Although still administered, this test has been deemed inadmissible under PA case law.
• Walk and Turn: Requires you to take nine steps placing the heel of one foot at the top of the toe of the other foot, take nine steps, then pivot on your foot and return to where you started.

There are many factors other than alcohol/drugs that could cause you to fail these tests, such as a medical condition, surgery, arthritis, fatigue or simply being nervous.

While field sobriety tests can hold up in court as reliable evidence, they may successfully be challenged in court because they are based on the judgment of the arresting officer rather than a scientific chemical test.  It does, however, take an experienced lawyer who has knowledge about the procedures and limitations surrounding the test to effectively challenge the officers conclusion that you failed the field sobriety test.

Can I Refuse To Take A Breathalyzer Test Or Give Blood?

Many people are unclear as to whether or not they can refuse to take a breathalyzer test or give blood when asked by the police.  The answer is YES, but by refusing, you can suffer consequences without the police actually knowing what your blood alcohol content (or BAC) level is.

Pennsylvania has what is called an "implied consent" law which means that if you have been lawfully arrested by an officer, who has probable cause to believe that you have been driving under the influence, then you automatically consent to taking a chemical test of your blood, breath or urine for the purpose of determining your BAC.

By refusing, you will automatically lose your license for one year, and the state will charge you with the highest level DUI offense allowable under the law; which means, you will face the most severe penalties.  And, if you are convicted, you will have to accept penalties for both the refusal, which is your license suspension through Penn DOT, and the DUI penalties through the Court.  So, if you refuse the test you probably will add another year to the DUI one year suspension which will result in a 2 year loss of license.

I was arrested months ago, and I still haven’t received any information from the police.  Is that normal?

You may not be officially notified whether you have been charged with a DUI until you receive a summons in the mail from the Magisterial District Court. This usually takes several weeks after your arrest, however, it can take longer depending on when the police officer files the charges (complaint and probable cause affidavit) against you.

Aren't the police required to read me my Miranda warnings before they arrest me?

No.  Police are required to read an individual his rights (Miranda Warnings) only before they interrogate or question a detained individual; meaning you are under arrest.   Therefore, an officer may ask you "How much have you had to drink?" before you are placed under arrest.  Any responses you give to such questions before arrest may be introduced against you even though Miranda warnings were not read. If the officers believe they have all the information they need to prove

After Being Arrested For DUI, Can I still Drive?

Many people ask if they can still drive after being arrested for DUI.  For most people, the answer is yes, unless, you were driving with an already suspended license.

Loss of your license is conviction based.  Therefore, you can still drive until you are ordered by the Common Pleas Court to hand over your license to the Pennsylvania Department of Transportation or until you receive notification from Penn Dot to surrender your license.

Are there any programs available for first-time offenders?

Accelerated Rehabilitative Disposition (ARD) is available only to first-time offenders who meet all the eligibility requirements set out by the District Attorney’s Office.  If you are accepted into the ARD program, your case will be eligible for expungement upon successful completion of the ARD program.

What are my chances of beating a DUI?

Every case is unique and can present many opportunities to challenge the legalities of your arrest.  That is why it is critical to hire an experienced attorney familiar with DUI in Pennsylvania. Some examples of potentially successful avenues of attacking a DUI case are as follows:

Do I need an attorney?

The criminal justice system can be a very intimidating and an overwhelming experience.  In Pennsylvania, the potential penalty for a DUI conviction can range from probation to five years of incarceration. Because the stakes are so high, it is wise to seek legal advice with an experienced attorney who understands Pennsylvania DUI law.

I Was Arrested For DUI, Do I Need A Lawyer Who Handles DUI Cases?

If you have been arrested for DUI, it is most definitely in your best interest to have your case handled by an experienced criminal defense attorney who handles DUI cases.

There are many different types of lawyers; there are general practitioners, family lawyers, personal injury lawyers, and every other kind of lawyer.  Unfortunately, too many non-criminal defense attorneys are willing to handle DUI cases.  This could be a serious detriment to you.

DUI has become a very complex area of the law, and, in Pennsylvania, the potential penalty for a DUI conviction can range from probation to five years of incarceration.

Because the stakes can be so high, it is wise to seek legal advice with an experienced DUI attorney who is well-versed in the ever changing state of the law concerning the many factors and considerations of your arrest.  For example:

You need a lawyer who will be able to negotiate a fair resolution when appropriate, as well as a lawyer who has the experience and know-how to try and win the case, when it is warranted.

How Do I Choose The Right Attorney?

Choosing an attorney, I believe, is similar to choosing your doctor.  It is a very serious and personal decision to bear.

First, you need to identify the type of lawyer you need for the problem that you face.

When meeting an attorney, first and foremost, trust your instincts:

In an attorney/client relationship you should not feel intimidated.  You should feel completely comfortable in asking questions and assessing the answers you are getting to determine if the attorney knows what he's talking about.

An attorney who promises you a certain result, is guaranteed to NOT be worthy of your trust.  Every case is different, with different judges, different district attorneys, different police officers, and so on.

And, you should not allow price to be the most important consideration in who you hire.  The cliché, "You get what you pay for" can have detrimental effects on your future.